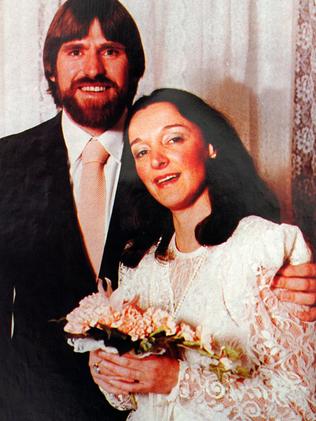 
Last seen: Linden Park, South Australia on 2 August 1989
DOB: 1948
Build: Slim
Height: 160 cm
Hair: Black shoulder length hair
Eyes: Brown
Complexion: Fair
Distinguishing Features/Other: Has a mole on her right cheek
Circumstances:
At about 4:00 a.m. on 2 August 1989, Renata Wolanin told her husband she was going for a walk, but she did not take her keys, purse or car and was only dressed in night attire.

On or about 2/8/1989 Renata WOLANIN disappeared from her Linden Park home, SA.  The last possible sighting of her was believed to be at a Mobil Service Station at corner Glen Osmond and Port Rush Rd in the early hours of that date.

Rewards up to the amounts shown will be paid by the Government of South Australia, at the discretion of the Commissioner of Police, to anyone who provides information leading to the apprehension and conviction of the person or people responsible for crimes posted.

ADELAIDE The South Australian Coroner has found that an Adelaide social worker is presumed dead, almost 20 months after she disappeared after leaving her home on an early-morning walk.

Coroner Kevin Ahem made the finding yesterday after receiving no new evidence about the disappearance of Renata Wolan in, 41, from her home in suburban Linden Park in the early hours of August 2, 1989, after reportedly going for a walk.

She had not been seen since, despite an extensive police investigation and Mr Ahem said yesterday that none of her tank accounts had been touched since her disappearance. Mr Ahern said that while the conditions surrounding her disappearance were extraordinary, he was satisfied he could make the declaration on a lack of any further information

ON a cold, rainy morning in August, 1989, Renata Wolanin left her Linden Park home in her pyjamas.

She was never seen again.

Ms Wolanin, who was 40 at the time, left her Verdale Ave home barefoot in the early hours of the morning, husband David Wehner told a coronial inquest in 1991.

He said he believed his wife had ``gone for a walk'' after a fight over renovations.

A neighbour told the inquest she saw a car leave the couple's house about 4am, but could not identify it.

Ms Wolanin was presumed dead by the Coroner, but there was not enough evidence to find if her disappearance was due to murder, suicide, an orchestrated effort or accidental death.

After his initial claim for his wife's entire estate was disputed by her parents, Mr Wehner secured a $50,000 out-of-court settlement in 1992.

The family of the missing woman say they have believed for 18 years they know who killed her and hid her body.

Her brother, Andrew Wolanin, said in 2005 he was positive his sister was dead.

But he - like the investigating detectives - does not have enough evidence to prove his theory.

He said he believed there were people with information that might still help police.

THE family of the victim in one of South Australia’s most enduring murder mysteries fear they will never know what happened to her following the death of her husband — the prime suspect.

THE family of Renata Wolanin, the victim in one of South Australia’s most enduring murder mysteries, fear they will never know what happened to her following the death of the prime suspect in the case — her husband, David Wehner.

Renata’s niece, Michelle Wolanin, said she was shocked to learn Wehner had died and was “a little annoyed that he has gone to his grave and got away with it’’.

“If something ever came up now, he will never face trial over this,’’ she said. “But, on the other hand, if there is anyone who knows something and has been afraid of him and had a fear of some sort of reprisal, then it’s now open slather.

“You do not need to have that fear any longer.’’

Michelle, 46, said while American-born Wehner could never be put on trial, there was always hope Renata’s remains may be recovered if he had confided in anyone.

“I’m not happy he will never face trial but if someone comes forward we may find out where she has been buried,’’ she said.

“We may never find out, of course, but I’m more confident now that he’s not in the picture.’’

While researching the cold case during the week, the Sunday Mail discovered Wehner, who left Adelaide shortly after Renata vanished in 1989, had recently died in Sydney, aged 62. Police were then notified.

The revelation has shocked and angered Michelle, who was still hoping there would one day be justice over Renata’s murder.

For the past 27 years Michelle, like the Major Crime detectives investigating her disappearance, has pondered where Renata’s remains are so she can “respectfully’’ lay her to rest.

Michelle said she was suspicious “from the outset’’ and never believed Renata had left home voluntarily.

“It was all a lie. I didn’t believe what I was being told, never did and still don’t,’’ she said.

“Everything that was said about her leaving the house and going for a walk, not taking anything, wasn’t like her at all.

“She was extremely close to my grandparents and my dad. There is just no way she would just take off and not contact any of them.’’

“They were devastated. It upsets me there was never a resolution for them; no closure before they died,’’ Michelle said.

Major Crime case officer Senior Constable Jason Edwards said Wehner had told detectives he last saw his wife on the night of August 1, 1989 at their Verdale Ave home, which was undergoing renovations.

“There was certainly some disagreement, some differing points of view about the renovations and how they should proceed and how much money was being spent,’’ he said.

On August 1, 1989, Wehner was watching the Ashes Test from England on TV and Renata went to bed with some work around 7.30-8pm.

He had told detectives that around 10.30pm they had a conversation about curtains and other renovations.

“I don’t think it was left on very good terms,’’ Snr Const Edwards said. Wehner said he continued to watch the cricket and then went to bed in the early hours of the morning.

“He said when he woke the next morning Renata was not there,’’ Snr Const Edwards said.

Wehner said he woke up between 5am and 6am and, later that day when Renata had not returned, began making some inquiries with her friends and neighbours, only to be told no one had seen her.

Renata had only just started a new job and crucially, she did not arrive for work on the morning of August 2.

Scheduled meetings for that day were not kept and she made no calls to work colleagues. While Wehner made contact with police at Norwood about 3.30pm on August 2, it was not until the next day he made a formal missing persons report.

Because of the circumstances, Wehner became a person of interest in the case. He was extensively interviewed on several occasions, but did not change his version of events.

Detectives have conducted extensive searches in the foothills close to Linden Park and Waterfall Gully, as well as excavating sections of the backyard of the couple’s home that she owned.

While the couple did not have a wide circle of joint close friends, detectives were keen to speak with anyone who was close with either of them that they have not so far had contact with. “There may be people who were not happy to talk to us at the time who are willing to do so now,’’ Snr Const Edwards said.

Police confirmed Wehner, who in 1992 secured a $50,000 payout from Renata’s estate, remained a person of interest until his death.

He stayed in Adelaide for a time after Renata vanished but then shifted to Perth before spending time studying in the US. He was living in the Wagga Wagga region in NSW before his death in Sydney in June.

Snr Const Edwards said he was keen to speak with any women who may have been involved with Mr Wehner since the disappearance of his wife in 1989.

“It is highly likely he was involved with more than one woman while he was living in Perth,’’ he said.

“Allegiances do change over time and now he is deceased they may feel appropriate to speak to us about anything he may have confided in them.

“Recovering Renata’s remains so her family can obtain some closure is now paramount for us.’’

A coronial inquest in 1990 heard evidence that Renata often had bruises on her face and that Wehner was involved with another woman.

It’s now been 30 years since the disappearance and presumed murder of Renata Wolanin and her loved ones are still no closer to knowing where her body has been buried.

During the early hours of 2 August 1989, Renata Wolanin walked out of her Verdale Road home at Linden Park almost two years after marrying David Wehner, a former US Army military policeman.

The 41-year old has not been seen since. Her husband reportedly told police that around 10.30pm they had a conversation about curtains and other renovations.

Wehner said he watched cricket, went to bed in the early hours of the morning and woke between 5am and 6am the next morning to find that Renata was not there.

Later that day, when Renata had not returned, Wehner began making inquiries with friends and neighbours, only to be told no one had seen her.

Renata had only just started a new job and did not arrive for work on the morning of August 2. She did not attend scheduled meetings that day and she made no calls to work colleagues.

While Wehner made contact with police at Norwood about 3.30pm on August 2, it was not until the next day he made a formal missing persons report.

Police have conducted extensive searches in the foothills close to Linden Park and Waterfall Gully, as well as excavating sections of the backyard of the couple’s home that she owned.

Wehner secured a $50,000 payout in 1992 from Renata’s estate, and he remained a person of interest until his death a number of years later.

A coronial inquest in 1990 heard evidence that Renata often had bruises on her face and that Wehner was involved with another woman.

A reward of up to $200,000 is on offer to anyone who provides information leading to the recovery of her remains.

Anyone with information is asked to contact Crime Stoppers on 1800 333 000 or at www.crimestopperssa.com.au