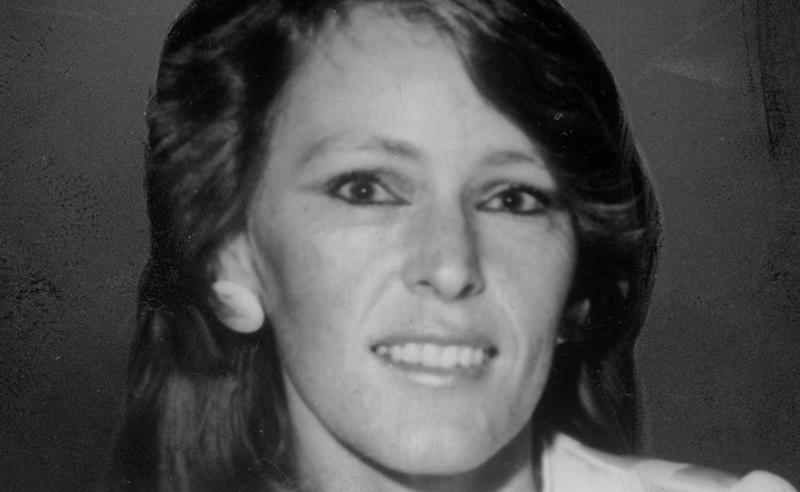 Cheryl RENWICK went missing from her South Perth, WA unit overnight under unusual circumstances, between the 25th and 26th of May, 1986. Her car was later found at Perth airport but there is no evidence she travelled anywhere. Despite extensive inquiries by Police and family and comprehensive media coverage, there has been no information regarding her whereabouts since then. Concern is held for her welfare. Last seen: Dark tartan skirt, pink skivvy, brown boots

It is 25 years since mother-of-two Cheryl Renwick vanished without a trace.

Colleagues who found the 33-year-old's car at Perth Airport thought she had gone on a secret holiday.

But police found no sign that she had travelled by plane or bus and her bank accounts have never been touched - leaving her distraught daughters and friends desperate for answers.

Police believe Ms Renwick went missing some time between Sunday, May 25, and Monday, May 26, in 1986. But her last movements are unclear.

One former colleague at Casson House Hostel, a North Perth residential complex where Ms Renwick worked in the office, said she had dropped in that weekend to have her hair done by a co-worker.

"She was obviously going out somewhere," the former colleague said.

Ms Renwick also answered a phone call at her South Perth home from a friend on the Sunday.

But when her daughters - then aged 13 and 15 - returned to the unit from a weekend with their father, she was not there. They raised the alarm when their mother did not come home, the colleague said.

The colleague, who found Ms Renwick's car abandoned in an airport carpark on the Tuesday, revealed this week that he had thought she might have just gone away without telling anyone.

The man, who declined to be named, said he and a co-worker had driven through the airport on a hunch after Ms Renwick did not turn up to work and they heard she was missing.

"If she's done a bunk somewhere, that's where it (the car) would be," he said he had thought at the time.

But extensive police checks revealed no leads and none of her clothes missing from her home.

In months after, friends feared she might have met with foul play.

"When the police checked the airport and she hadn't left the country . . . we often wondered if the Birnies (convicted killers David and Catherine) had something to do with it," the colleague said. David and Catherine Birnie were convicted of four murders in 1986 but were suspected of being involved in other killings.

Police said there was nothing to link the pair to Ms Renwick's disappearance. Det-Sen. Sgt Darryl Cox, from the special crime squad, said police have never given up hope of solving her disappearance.

Haunting question: Did the Birnies kill my mother Cheryl Renwick?

The daughter of a woman missing for 30 years says she believes her mother may have been murdered by notorious serial killers David and Catherine Birnie.

Michelle Renwick was just 14 when her mother Cheryl Renwick vanished without a trace in May 1986, less than six months before the Birnies were arrested for abducting and killing four women.

Ms Renwick said she still clearly remembered her then 33-year-old mum being terrified in the months before her disappearance that a man and woman were stalking her.

Cheryl Renwick’s car was found abandoned at Perth Airport the week she disappeared but police found no sign the single mother of two had travelled by plane or bus and her bank accounts remained untouched.

While there was never any evidence to link the case to the Birnies, Ms Renwick has publicly revealed for the first time in Seven’s new crime investigation series Murder Uncovered, which airs tonight, that she believes the couple were involved.

“Yeah, I do think it’s David and Catherine Birnie,” she said.

When the Birnies were arrested in November 1986 after their final victim Kate Moir managed to escape alive, police investigated the theory that they might have had other victims.

They even asked then 14-year-old Ms Renwick and her younger sister to go to a police station to sift through a pile of clothing, jewellery and make-up belonging to victims of the Birnies to check if they recognised anything of their mother’s.

Ms Renwick said police had since told her they no longer believed the cases were linked because it did not fit the Birnies’ “MO”.

However, Ms Renwick believes there are “too many coincidences” between her mother’s disappearance and the couple’s monstrous crimes and says the unanswered questions continue to haunt her.

She hopes Catherine Birnie will reveal if the couple did kill her mother.

“I would like justice to be served, but I would actually just like to know what happened so we could actually find her and bury her.”

David Birnie led police to the graves of four women — Mary Neilson, Susannah Candy, Noelene Patterson and Denise Brown — he and his lover abducted, raped and killed between October 11 and November 10, 1986.

He did not confess to any more crimes before taking his own life in prison in 2005 but Murder Uncovered explores the Birnies’ links to other unsolved murders.

WA Police have refused to comment on specific cases.

In a statement yesterday, a police spokesman said only that the special crime squad continued to investigate long-term unsolved homicides and missing person cases.