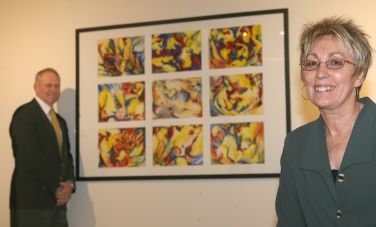 Date of Birth: 1955
Last Seen: 7/3/2005 Geelong VIC
Height: 177cm
Build: Medium
Hair: Brown
Eyes: Green
Complexion: Fair
Circumstances:
Andrew Oleenik left his place of residence at Queenscliff, Victoria stating that he would not be home for lunch but would be back for dinner. He attended at appointment in Geelong at midday and has not been seen since. There are concerns for his safety and welfare.

Andrew Olijnyk/Oleenik was born in 1955 in Melbourne to Ukrainian parents who immigrated to Australia in 1951 from Germany.  Andrew spent his childhood in Glenroy, and later in Heathmont where he obtained his secondary education, undertaking Fine Arts in his early 20's at Prahran TAFE.  He supported himself as a builder working in Queensland and then in Victoria where he spent the last 15 years of his life, living on Phillip Island and later in the Geelong area.  Art, Philosophy, Psychology, Jazz music and Nature were always an important part of his life.  This enigmatic man was as charming as he was puzzling. He could be soft, gentle and humble, as he could be arrogant, self-centered, cynical, wilful and at times cruel. For those who knew him best were often in awe of his wisdom and recognised the deep soul reflected in his eyes. They were delighted when he laughed; despaired, anguished and frustrated when he did not.  It was Andrew's wish to house some of his artwork within one of the Heath organisations, which assisted him over the years, in providing psychological and physiological aid.  With the support of the Gordon Gallery, Barwon Health was able to host a successful exhibition to celebrate the life and artworks of Andrew Olijnyk/Oleenik in the way he wished.

Police have been told Mr Oleenick left his place of residence at Queenscliff about 10am, stating that he would not be home for lunch but would be back for dinner.

He then attended an appointment in Geelong at noon and has not been seen since.

A search of the Queenscliff area failed to locate any trace of Mr Oleenik.

Police have released a photograph of Andrew Oleenik.

The appeal coincides with National Missing Persons Week, which runs from Sunday, 31 July until Saturday, 6 August, 2005.

Victoria Police is encouraging anyone who has lost contact with their loved ones to let someone know they are safe.

QUEENSCLIFF artist Andrew Oleenik went missing almost three years ago. The 49-year-old man's disappearance has haunted his family, which suspects he took his own life after many years of depression, although his body has never been found.  They may never get the chance to bury him, but this week Mr Oleenik's family has found a way to celebrate his life and help people affected by mental illness. They have donated his artworks to the Barwon Health Foundation, which is hosting a special exhibition of his works at the Gordon Institute of TAFE Gallery this week. The works will be auctioned on Thursday, with all money raised going towards the Mental Health Triage Unit at the new emergency unit at Geelong Hospital. Mr Oleenik's sister, Natalie Holowka, yesterday said she thought her brother would have been happy to see his artwork used for such a cause. ``He used to say he would like to donate (his artwork) to organisations that had helped him,'' she said. ``It's a positive thing to come out of all the turmoil that we went through. It's particularly hard for my parents,'' she added. ``There's no closure. ``You just can't put all the pieces together.'' Ms Holowka said her loss began long before the day her brother went missing. It happened slowly during the decades of depression and chronic alcoholism that ate away at her shy brother. ``People think it's the person with the mental illness who suffers,'' she said. ``They don't really see how it affects the people connected to them. ``You are sucked into the whirlwind of this illness. It's as if you've lost your own life.''