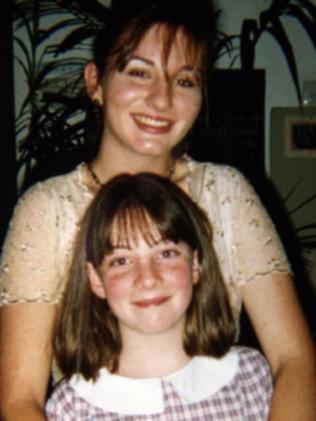 Above - Sarah with younger sister Kate 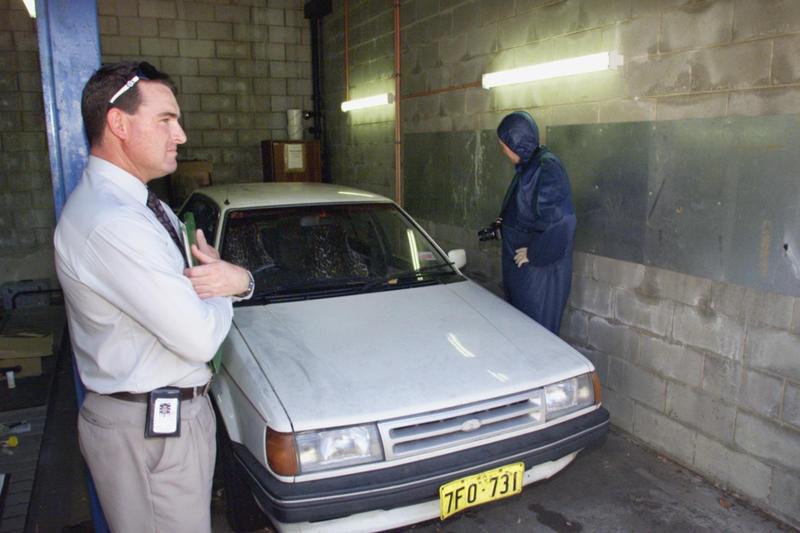 Sarah Anne McMahon was born in July 1980 and lived in Parkerville WA with her parents and younger sister. She was employed as a secretary at a business in Claremont.

On Wednesday 8 November 2000, Miss McMahon spent the day at her workplace in Claremont WA.

At 5.00pm Miss McMahon told a co-worker that she was meeting a man in Bassendean at 5.30pm and she could not be late and left the workplace around 5.15pm.

Miss McMahon received a phone call from her sister around the same time agreeing to collect her from the Mount Helena Baptist Church at 8.30pm that evening.

Miss McMahon was seen by a witness getting into her white 1986 Ford Meteor sedan, registration number 7FO731, close to her work before talking to someone on her mobile phone.

Miss McMahon did not show up to collect her sister that evening at 8.30pm as previously arranged.

Miss McMahon was reported missing on Thursday 9 November 2000 by her mother.

Miss McMahon has not been seen since.

About 9.00pm on Monday 20 November 2000 (some 12 days later), Miss McMahon’s vehicle was located in the car park of the Swan Districts Hospital, Eveline Road, Middle Swan. The car appeared to have been parked at the hospital for some days.

If you have any information about Sarah Anne McMahon’s disappearance, or her movements after leaving her workplace in Claremont on Wednesday 8 November 2000, please contact Crime Stoppers on 1800 333 000 or make an online report below. Please remember that you can remain anonymous if you wish and rewards are offered.


Sarah McMahon was 20 when she disappeared after leaving work in the Perth suburb of Claremont on Wednesday, November 8, 2000. She lived with her parents Danny and Trish and younger sister Kate. Ten days later, her white Ford Meteor sedan was found in the car park of Swan Districts Hospital. A bag containing personal items was on the front seat, her empty wallet was in the boot and her mobile phone was on the ground nearby. Her mum Trish tells her story ...
"We haven't seen or heard from Sarah since November 8, 2000, when she left for work in the morning. Apparently she received a call at work from a friend who was "suicidal" and intended to visit the mysterious caller. The police believe she's been murdered and we have all tried to accept this as a possibility, but in our hearts we know she is out there somewhere. At the time of Sarah's disappearance she was depressed ... a romance had soured, university had lost its appeal and she had a mobile phone bill for $800 she hadn't mentioned to us. Sarah felt as though she was in rough waters being tossed this way and that, and she had mentioned to a family friend that she wished she could just "go away and start again". We thought a visit to her older brother Paul and his family, who live near Melbourne, might break the cycle, but unfortunately that wasn't so. I visited Melbourne and Sydney putting up posters, giving out photos and talking to anyone who was willing to listen. Two years ago, a couple who had taken a photograph of Sarah rang to say they had distributed it at a youth seminar. The father of one of the children worked in security at Newcastle nightclubs, and he came across a young man who recognised her and confirmed her name when shown the photograph. But that was it. There have been no further sightings or news. We, Sarah's family, believe with all our hearts that our darling daughter, sister and granddaughter is out there. We will never believe otherwise. We love you, Sarah, please let us know you're all right. May the sun shine warm on your face, and until we meet again may God hold you in the palm of His hand."

The State Coroner has ruled that a 20-year-old Perth woman who disappeared more than 12 years ago is dead.

Sarah McMahon was last seen leaving her workplace in Claremont in November, 2000, and a police investigation has since failed to find any trace of her.

Her car was found days later at Swan District Hospital.

An inquest was held late last year into her disappearance.

A suspect in the case, Donald Morey, 57, has repeatedly claimed Ms McMahon is alive and living in Canada.

In his findings Coroner Alastair Hope rejected Morey's evidence, labelling him "a most unimpressive witness".

Mr Hope apologised to police, saying he was sorry the inquest had not progressed the case as far as had been hoped.

Perth woman Sarah McMahon has been missing for 15 years

FIFTEEN years ago Sarah McMahon, then 20, who was by all accounts happy and healthy, left her workplace to meet someone in Bassendean and was never seen again.

An inquest into her disappearance on November 8, 2000 found she had fallen victim to a homicide.

Despite two police investigations, a special crime squad review of the case file in 2011 and a 2012 inquest, her killer has not been held to account and her body has not been found.

As far as her younger sister Kate is concerned, time does not heal all wounds.

“It never gets any easier and time does not heal or lessen the heartache that we have,” Kate McMahon told The Sunday Times.

“This time of year, coming up to Christmas, is especially hard for us, as a precious member of our family won’t be joining us for the 15th year.”

Kate McMahon’s message to those who hold vital information about what happened to her big sister is simple.

“If anyone has any information regarding Sarah’s disappearance, please don’t let us go on for a 16th year without knowing what happened to our Sarah,” she said.

What exactly happened to Sarah McMahon on the day she disappeared remains a mystery.

The only thing found belonging to her in the days after she vanished was her phone and car. Twelve days after she went missing, her Ford meteor sedan was found at Swan District Hospital.

Her mobile phone was later found on the Great Northern Highway, near the hospital.

The State Coroner who oversaw the inquest into her suspected death was Alistair Hope.

“The circumstances in which Ms McMahon disappeared are sinister and I have confidently been able to exclude the possibility that she died by way of natural causes,” Mr Hope said in his findings.

“In my view, the evidence points overwhelmingly to the proposition that she died by way of unlawful homicide.”

Shortly before her disappearance, Sarah McMahon began working part time at an irrigation company in Claremont.

She was last seen leaving the business about 5.15pm on November 8.

Her colleagues at the time remember her saying she had to be somewhere about 5.30pm. They believed she was heading to the Bassendean area.

Mobile telephone data, revealed at the inquest, found Sarah McMahon received four calls on her mobile on the day she went missing.

One was from a friend, another was from her sister and two were from a man called Donald Victor Morey.

He has been interviewed by police on several occasions and was among those to give evidence at the inquest.

In 2005, he was convicted of the attempted murder of a sex worker and jailed for 13 years.

During the inquest, he claimed she was alive.

In interviews with police he has claimed she has two children.

But during the inquest, he also admitted most of the information he’d given police was “mumbo jumbo.”

“Quite a lot of things that I said to the police were obviously mumbo jumbo. But as far as Sarah being alive, she is alive,” Mr Morey said at the inquest.

Mr Hope did not make any adverse finding in relation to Morey’s involvement in the case.

“In this case, the evidence is complex and there are many credibility issues which would need to be resolved in making any such determination,” he said.

The special crime squad said this week it was still keen to hear from anyone who had new information about Sarah McMahon’s disappearance.

Detective Senior Sergeant Rohan Ingles said: “This matter remains under investigation at the special crime squad and anyone with any information is urged to contact Crime Stoppers.”

The frustrated families of two Perth murder victims have been left asking “what about us” after the State Government recently increased the rewards in three other cold cases to $250,000.

No reward has ever been offered for information about Sarah McMahon’s murder 17 years ago and her sister Kate said the family had no idea why they had been overlooked.

“It does make me scratch my head and think,‘Why not Sarah’,” she said. “A life should be worth the same amount as any other life.”

Sarah vanished on November 8, 2000, after leaving work in Claremont about 5pm to meet someone in the Bassendean area.

Her car was later found abandoned at the old Swan District Hospital site but her body has never been found.

The McMahon family believe the time is right to offer a reward because a man who was a key person of interest in the original police investigation but never charged is due to be released from prison next year after serving a 13-year sentence for the attempted murder of another young woman in 2004.

The man denied killing Sarah when he faced an inquest into her death in 2012 and claimed she was still alive and living in Canada.

Kate McMahon said the clock was ticking for him to be released and there was nothing that could be done if there was not any new evidence.

“$250,000 might just be enough to convince someone to finally break their silence,” she said.