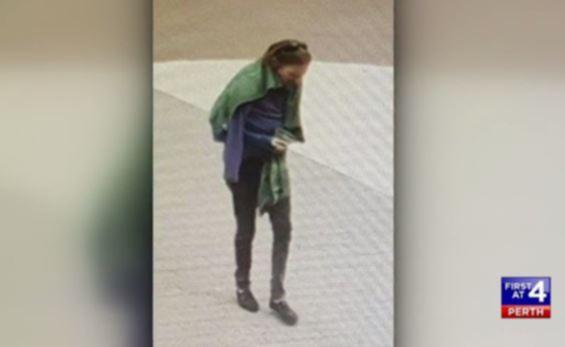 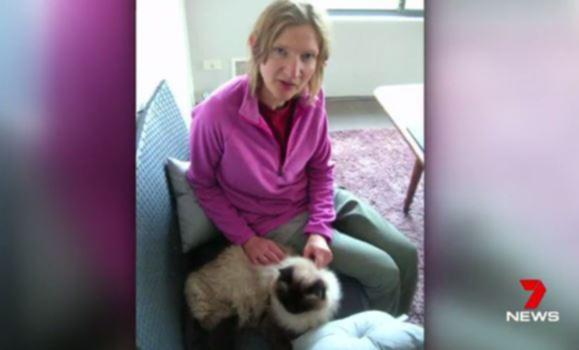 Above - Carole with husband Chris

Age at time of disappearance: 50

On the afternoon of Tuesday 3 October 2017, Carole LIVESEY left Rockingham General Hospital situated at 71 Elanora Drive, Cooloongup, WA prior to discharge. LIVESEY was last seen at approximately 2.30pm that day by staff at the Salvation Army, on Read Street Cooloongup.

At the time Carole was wearing a light blue shirt and black pants. Her right arm was in a cast, however it is likely that the cast would no longer be present as it would have deteriorated over time.

If you have any knowledge concerning this matter, please make an online report below or contact Crime Stoppers on 1800 333 000  You can remain anonymous if you wish and rewards are offered.

A MANDURAH man is pleading for help to find his wife, who disappeared in baffling circumstances five days ago.

A MANDURAH man is pleading for help to find his wife, who disappeared in baffling circumstances five days ago.

Carole Livesey walked out of the Rockingham Hospital on Tuesday afternoon, without permission from doctors, and headed to the Waikiki Salvation Army – a place she had volunteered at in the past.

“She had a bit of lunch and a few cups of coffee, chatted to a few people before she headed off about 2pm,” volunteer Tamara told 7 News.

Sadly, the 50-year-old has not been seen since.

“(It’s been) hellish, yeah it’s been awful not knowing where she is or how she is,” he said.

According to volunteers at the Waikiki centre, Ms Livesey wasn’t herself they say and seemed down.

She told the volunteers she was going to hitchhike home to Mandurah before she disappeared.

Mr Lampard says his wife has a distinctive blue cast on her right arm after fracturing her elbow in a recent fall.

“I’m amazed at just how many people who love her and are scared for her and really just want her to come back and be well,” he said.

Anyone who has seen Ms Livesey or knows of her whereabouts should call police on 131 444.

A MISSING Coodanup woman has reportedly been sleeping rough in central Mandurah.

Carole Livesey (50) went missing more than a week ago from Rockingham General Hospital.

A plea for Mandurah residents to look out for her was made on a Facebook page managed by Ms Livesey’s husband Chris Lampard.

“The police have told me that Carole was definitely in central Mandurah on Monday,” he wrote.

“Please keep an eye out for her in the Mandurah/Silver Sands areas in particular.”

Mr Lampard thanked the public for their support.

Ms Livesey was previously seen at Waikiki Salvation Army where she once volunteered.

She told volunteers she was going to hitchhike home to Mandurah.

Mr Lampard said his wife had been in a fragile mental state during the past few weeks.

Ms Livesey is described as 165 to 170cm tall, slim, with brown hair, blue eyes, fair skin and a nose ring.

She has an English accent.

She had a distinctive blue coloured cast on her right arm (from shoulder to wrist), set at 30 degrees.

The husband of a missing Mandurah woman has made another plea for his wife to come home.

Officers believe Carole Livesey may have been living rough in Mandurah, after she was last seen near the Peel Community Kitchen on Monday.

The 50-year-old left Rockingham Hospital on October 3 before she was discharged by doctors.

Ms Livesey then went to the Waikiki Salvation Army and the Waikiki shopping centre before telling friends she was going to hitch hike from Warnbro to Meadow Springs.

Ms Livesey’s husband Chris Lampard said the fact his wife was sighted at a community kitchen is cause is hope.

“Carole’s a very resourceful person and I’m just so pleased to know that she’s eating and that she came here,” Mr Lampard said.

“I’m very grateful for these services being here so it’s possible for her to get a meal.”

Ms Livesey and Mr Lampard have lived in Mandurah on and off for the last four years.

And it’s not the first time the 50-year-old has gone missing.

“Back in May this year, she did go missing for a few days,” Rockingham police sergeant Marcel Walsh said.

“She made contact with her husband after a few days.”

Police say they’ve been searching areas popular with squatters but so far, the 50-year-old has not been found.

“We’ve explored those lines of enquiry as well, and that hasn’t turned up anything on this occasion,” Sgt Walsh said.

Carole Livesey is 165-170cm tall with a slim build and brown-red hair.

She was last seen wearing a light blue shirt and black pant, and has a distinctive cast on her right arm running from shoulder to wrist.

Police have renewed their call for help in the strange case of missing Perth woman Carole Livesey.

It's been close to three months since Ms Livesey was last seen in public, at the Salvation Army office on Read Street in Cooloongup on October 3.

She had left Rockingham Hospital earlier that day.

In the days after her disappearance, police urged Mandurah residents to check their yards for any sign of the Coodanup woman.

Ms Livesey's husband, Chris Lampard, issued a plea in October for anyone who saw his wife to contact police.

He said she had been in a fragile state of mind when she went missing and he hoped her photo would be shared widely.

She has fair skin and wears a nose ring.

The missing woman has an English accent and was last seen wearing a light blue shirt and black pants.

Police continue to have concerns for Ms Livesey's safety and welfare, and anyone who sees her is asked to call police immediately on 131 444.